Michael Tekaronianeken Diabo (aka Rev Hank, Mohawk: Kahnawake, PQ) plays surf guitar, and ukulele.  This may seem like a simple statement, but when you look into what it has meant, things get more interesting.  Inspired by his mother’s Wild Angel’s LP, the Rev’s life long obsession with the sounds of the 1960’s has lead him to front the Canadian-based instro-Mental trio Urban Surf Kings for the past 25 years.  USK has been called “One of the best Surf Instrumental bands on the planet” by Raucous Records UK.

Rev Hank/ USK have 18 releases to date, including the July 2020 “El Camino de los Muertos” All of their previous CDs & 45s have charted on campus/community radio across Canada, and the US.

Rev Hank’s solo recordings have been featured on releases from California to Italy, His debut solo album Longhorn was released by his own Reverb Ranch label in May 2012.  It is getting rave reviews worldwide.  His Great Grandmother did the beaded artwork featured on the Longhorn cover.

All these recordings have lead to umpteen live performances across Canada.  The summer of 2009 saw Rev Hank performing with Antigua’s own Wadadli Riders at the Surfer Joe Summer Festival in Livorno, Italy.  This show was so well received, and so much fun for those involved, that the 3 decided that they would work together again. Rev Hank & the Wadadli Riders recorded an ep for their 2010 Antiguan Tour.  He was the first international surf artist to perform in the Caribbean country.  He has also performed in the US, and Italy. Twang on!  Hail Link Wray! 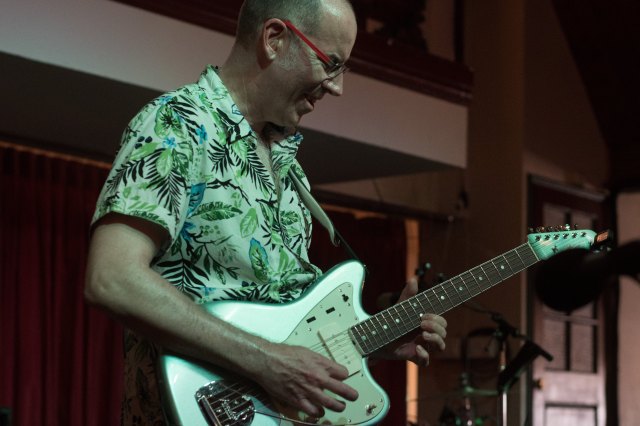